How FourKites Quadrupled European Carrier Onboarding in Less than 6 Months We’ve mentioned it many times in the past: Getting carriers onboarded with your platform is one of the biggest barriers to seeing success with a supply chain visibility solution. This is no less true in Europe than it is anywhere else; however, as I’ve written about before, the challenges surrounding carrier onboarding are very different in Europe than in other parts of the world.

That’s why, over the past several months, FourKites has been fine-tuning the way we work with our carrier partners across Europe in order to cater to the widely variable landscape of cultures and business models across the continent. We’ve invested a lot in our teams on the ground, placing individuals strategically throughout the continent for maximum effect among their respective carrier communities.

How is it working? Better than we ever hoped. In fact, this new approach has allowed us to grow our total number of tracked loads in Europe by 400% over the past six months.

Here are some of the strategies and tools we’ve used to make this happen.

I’m always telling my teams to work smarter, not harder. There are upwards of 400,000 carriers that make up the backbone of Europe’s freight community. It would take 20 years and an army of operations associates to get each and every one of them onboarded and tracking to the standards that FourKites maintains. Clearly, we need smarter ways to get them set up, tracking and adding value within a more realistic time frame.

On one level, this is why we created FourKites Partner Hub in the first place. It’s designed to provide carriers with an easy, affordable self-service platform to manage their tracking status. This tool alone has drastically improved our ability to get carriers up and running with FourKites quickly – and it does so while ensuring that carriers retain total control over their own data and privacy.

Even so, building the tool was really only half the battle. To truly get our carrier onboarding process revved up, we needed to get the word out. So we turned to our 3PL and freight forwarder partners.

If small carriers form the backbone of Europe’s freight ecosystem, then freight forwarders, 3PLs and managing carriers are its central nervous system. Each of these organizations has trusted relationships with dozens (if not hundreds) of the thousands of smaller carriers that are moving goods every day for our large shipper customers. By leveraging our partnerships with them, we’ve been able to significantly accelerate the process of getting carriers onboard and tracking with FourKites in a way that benefits all parties involved.

For example, we have a pilot going on right now with a large 3PL in Poland, as well as a major freight forwarder in France. By agreeing to get their carrier base up and running with visibility technology, these companies are ensuring a range of benefits for their own operations, including:

At the same time, these critical partners are helping us convince carriers across the continent that we’re the real deal, that we’re not here to steal their drivers’ information and that we can help them get more business from large shipper customers in the long run. Although these partnerships are just in their early stages, we’ve already seen incredible results in our overall ability to onboard carriers in Europe.

This rapidly-growing engagement has enabled us to continue to set the benchmark for carrier performance in the visibility space. For years, FourKites has been pioneering carrier performance benchmarking not only in the US, but in Europe as well. We came out with the first edition of the FourKites Premier Carrier List back in January 2019 to help identify all the brokers, carriers and 3PLs who are achieving top-notch visibility performance worldwide.

Why is this such a big deal in Europe?

In an era of both a global pandemic and an ongoing driver shortage, having a single standard throughout the space has never been more important. Think about it this way: We work with shippers here in Europe who partner with about 60 managing carriers. That doesn’t sound so bad, until you realize that those 60 managing carriers collectively work with 900-plus total subcontractor carriers who hail from every corner of the region. What if one of them isn’t performing up to standards? What if one of them goes bankrupt? Shippers simply don’t have the time to be constantly chasing down new carriers to handle their freight. Because there is such a shortage, quality truly matters.

We want our new customers to be connecting to trustworthy carriers, and by making it onto the Premier Carrier List, a carrier has effectively demonstrated that they have made digitization a priority for their operation. By helping as many carriers as possible reach the standards of visibility excellence required to become a Premier Carrier, we’re effectively moving the ball forward across the entire industry – in both Europe and beyond.

If you’re interested in learning more about our carrier operations here in Europe, stay tuned for an announcement about our upcoming Carrier Summit taking place in the fall. Registration will be opening soon! 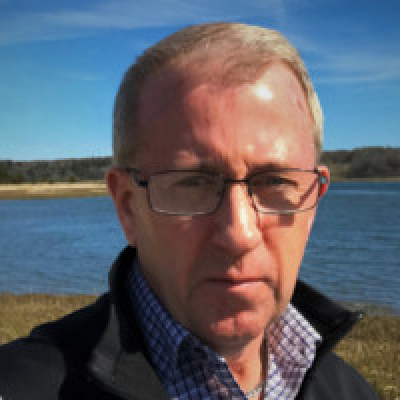