How Brokers Can Maximize Value from Real-Time Visibility 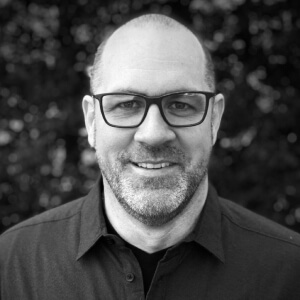 In a lot of ways, brokers represent the long tail of the logistics industry. Everyone knows it’s easy to get the top ten major carriers onboard with visibility. And once you do, that accounts for roughly 80% of all the freight in the country. But what about the remaining 20% of freight that’s moved by any of the countless small, local carriers that are located throughout the country? For the last several decades of the industry at least, that’s where brokers have been the gatekeepers of the industry.

For many of our customers who operate in areas where the big players don’t operate, you still want to know where those loads are. In many of these edge cases, since the options for mitigating exceptions are so much more limited, it’s even more important to have good visibility.

In a recent council call featuring brokers and carriers from all around the FourKites network, I had the chance to discuss some of the major pain points brokers are facing as they work to meet rising shipper expectations for real-time transportation visibility. Here are some of the things that are top of mind for our broker community, and what we’re doing to address them.

Go From Fragments to a Single Pane of Glass

For many in the brokerage business, the value of better visibility into day-to-day operations isn’t in doubt. The question is how to get that visibility when it’s a different set of carriers each and every day. Especially for one-off or semi-frequent shipments where goods are being moved by a different carrier every time, having a different portal for every load is hardly any better than relying on traditional check calls. It quickly turns into a big headache for everyone involved.

For visibility to work in this situation, carriers need a quick, efficient way to get themselves set up and tracking, without derailing the essential job they’re performing. This is the main reason behind FourKites Partner Hub, a free, self-service solution designed to help brokers and smaller carriers get up and running with real-time visibility, without the need for dedicated IT resources or a massive time commitment.

One example of this is FourKites’ customer NFI Industries, which was able to achieve 20% growth in tracking compliance among their carrier base within a matter of months — all while reducing the amount of manpower required to keep tabs on their active loads.

We all know there are still plenty of carriers out there saying that they don’t need visibility. I hear it almost daily. But the truth is that visibility isn’t going anywhere.

FourKites’ is actively involved in onboarding dozens of carriers each day, both in the US and around the globe. Because of that, we’ve figured out a few tips for guiding the discussion in a way that highlights the benefits that all parties stand to gain by getting onboard with visibility.

2) Owning and controlling their data

3) Using that data to improve operations

There’s another one that often gets overlooked. But I think it’s critical to the conversation. By taking an active seat at the table with supply chain visibility, carriers have the opportunity to become a part of the conversation and help guide the development of this still-young technology category.

It’s been shown time and time again that technology is only as good as the people designing it. Whatever biases they hold personally will often go on to be reflected in the technology they create, meaning that if big shippers are the only ones guiding the development of visibility tools,  then those tools will end up being great at solving the problems faced by shippers, but probably not so great at helping carriers or brokers use the technology effectively.

Become a Part of the Conversation

There are changing expectations at the customer level. It’s not enough anymore just to make sure that the goods arrive, or even to make sure that they arrive on-time. We all know that’s never going to happen 100% of the time, and shippers need to know when exceptions occur or loads go at-risk. And they need to know as soon as it happens. One FourKites broker customer, GlobalTranz, was able to significantly improve customer satisfaction of one of its major shipper customers by implementing FourKites Partner Hub.

As a carrier or a broker these days, a lot of the time it can feel like you’re getting beat up with your own data. But once you start to let the data guide your operation, to show you areas where you could be doing better than yourself, and by extension, better than your competition. You can use it to improve your relationships with your carriers, by eliminating “he-said-she-said” conversations and instead augmenting the discussion with accurate data.