Employee Spotlight: Andrew Ernest on Building a Sustainable Supply Chain from the Inside Out Here at FourKites, we’ve established ourselves as the #1 supply chain visibility platform, trusted by the world’s leading customers, carriers, brokers, 3PLs and industry experts. But we couldn’t have gotten to where we are today without our incredible team members who are wholeheartedly committed to our mission to bring visibility to the end-to-end supply chain, and who do their utmost to make an impact day in and day out. We introduce this blog series – Employee Spotlight – to highlight the individuals powering the FourKites platform and driving significant business value for our customers. Recently, I sat down with Andrew Ernest, Carrier Operations Associate, to learn more about his role in spearheading FourKites’ sustainability initiatives. Andrew truly exemplifies FourKites’ core values; Andrew is extremely passionate about sustainability as well as FourKites’ customers. Though Andrew’s primary role revolves around onboarding and implementing new carriers, he saw an opportunity early on in his FourKites career to grow the company’s sustainability efforts.

Andrew took the reins, speaking with leadership and taking the initiative to drive those sustainability efforts forward, having since built out an internal sustainability committee; spearheading the building of FourKites’ Sustainability Dashboard, which gives customers visibility into the environmental impact of their supply chain operations; and helping to establish our Sustainability Center of Excellence, a new thought leadership council dedicated to promoting sustainability throughout the supply chain.

How did FourKites’ culture empower you to implement your sustainability initiatives?

My sustainability journey began in late 2019 when I was inspired by Patagonia and its sustainability efforts. I knew I wanted to make an impact in my role at FourKites, Inc. and quickly realized that supply chains are a great place to start when it comes to environmental impact.

On my very first day at FourKites, I was told to think outside the box and try new things – in fact, it was encouraged! Initially, I thought this was a typical HR thing to say, but I quickly realized that it was 100% true when I began to pitch my sustainability initiative idea to fellow colleagues. I was nervous to pitch my idea initially, but true to the culture, I was met with no opposition and instead was encouraged to pursue it.

What started as a wild idea that I nervously pitched to our leadership team quickly turned into real products. I really value the openness of FourKites’ culture that encourages such openness of opinion – regardless of hierarchy or tenure.

How did your manager/teammates support this?

I initially brought the sustainability idea to my manager and he was immediately onboard and encouraged me to go after it. There was no hesitation on his part, even though I only had a few bullet points laid out and no formal plan on how to proceed. He could have very easily told me to think about it more or to not waste my time, but he did the complete opposite and that is how sustainability at FourKites began.

The support from my colleagues was incredible, and it really encouraged me to pursue this idea. There are not many companies where you can pitch an idea to the CEO, President and COO, after having worked at FourKites for just a handful of months! From the top down, everyone has been incredibly supportive of my sustainability initiative and helped me every step of the way.

What’s your favorite thing about working at FourKites?

I like the collaborative environment and how employees work cross-functionally with one another to accomplish shared goals. At the end of the day, we are one big team, and it’s great to be able to work across so many departments on a daily basis. Communication is free-flowing, and I believe this contributes to the success of FourKites. 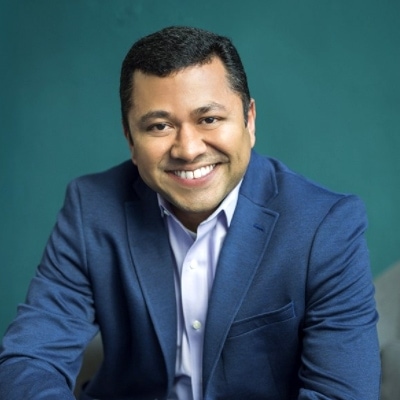